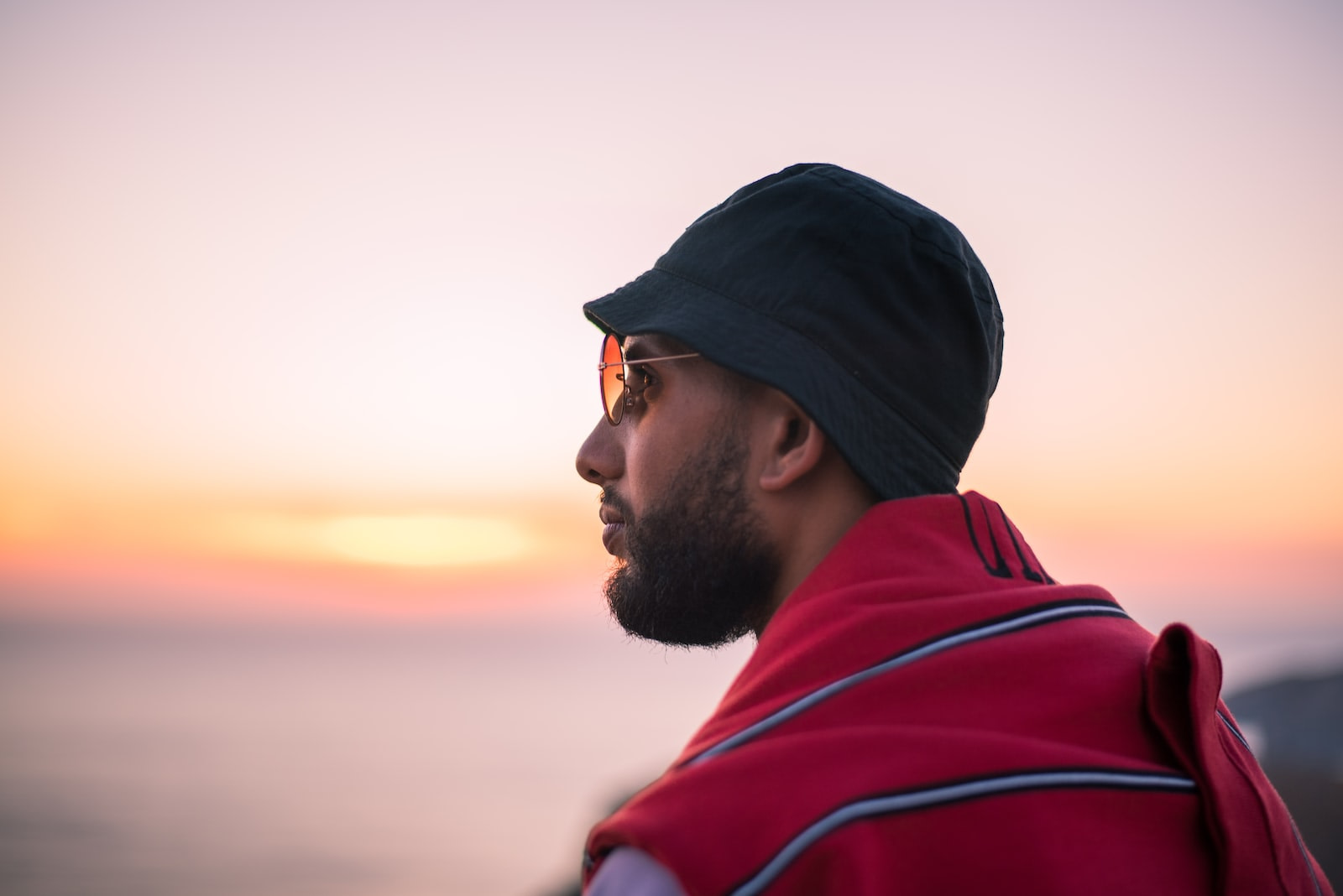 When most people think of bucket caps, they likely think of the classic, wide-brimmed variety popularized by farmers and outdoorsmen.

However, the history of the custom bucket caps is actually much older and more varied than that.

The bucket cap has been a part of fashion for centuries and has been worn by everyone from kings and queens to celebrities and everyday people.

What is it about the bucket caps that has made it so enduringly famous? Perhaps it’s because the design is so versatile – it can be dressed up or down to suit any occasion.

Or maybe it’s because the bucket hat is such a comfortable fit, providing protection from the sun and wind without being too heavy or constricting.

Whatever the reason, one thing is clear: custom bucket hats are here to stay.

In this blog post, we will talk about the history of bucket hats and why it is fashionable and up-to-date. 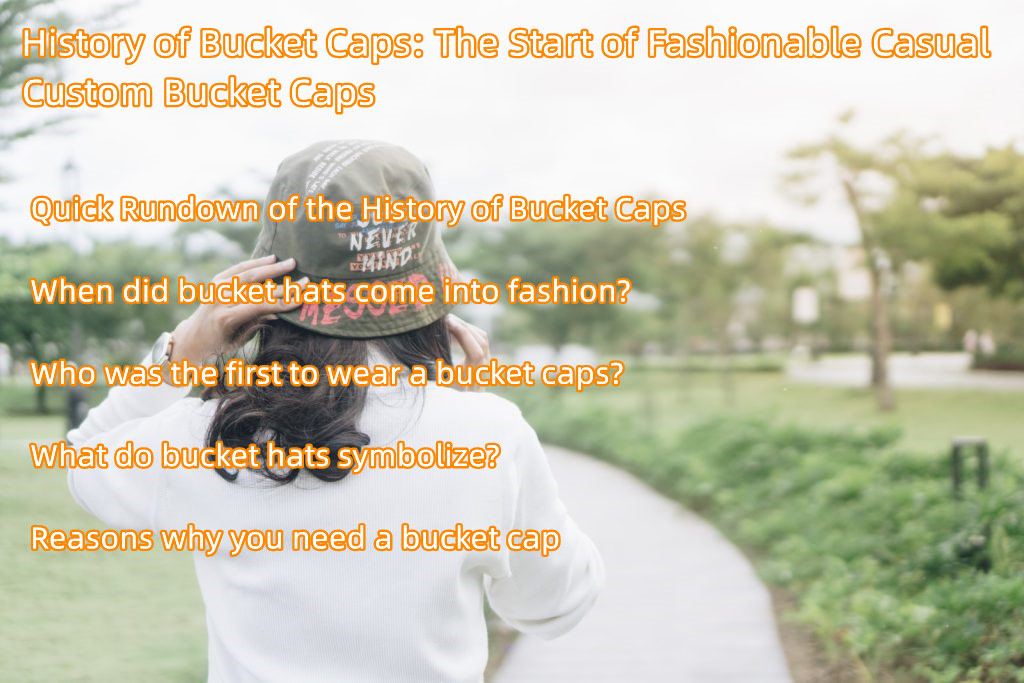 When did bucket caps come into fashion?

Bucket hats were first popularized as a high fashion item in the 1960s, with subsequent revivals on both the street and the catwalk.

The bucket hat’s simple, yet elegant design has made it a popular accessory for both men and women.

Today, custom bucket hats are a popular fashion statement for both casual and formal wear.

The bucket hat has become so commonplace that many custom hat manufacturers offer custom-made bucket hats with custom-designed logos, materials, and colors.

For example, custom bucket hats can come in a variety of brim sizes ranging from small to large and in a range of colors such as black, brown, blue, green, yellow, and red.

Additionally, custom bucket hats can be made with different logos to represent a company or organization.

Some custom hat makers even specialize in custom bucket hats for different occasions such as weddings and fundraisers.

Thanks to the increasing popularity of custom bucket hats, more and more fashion designers are including bucket hats in their collections.

In recent years, custom bucket hats have become a fashionable alternative to traditional headwear for people of all ages and backgrounds.

As custom bucket hats continue to gain popularity as stylish accessories, custom hat makers will likely continue to innovate and create custom-made products that meet the needs of their customers.

Who was the first to wear a bucket cap?

In the early 1900s, the bucket hat or fishing hat was reportedly introduced. The lanolin in unwashed (raw) wool made these hats inherently waterproof, therefore they were often worn by farmers and fishermen in Ireland.

These hats were originally crafted from wool felt or tweed fabric. In the 1930s, manufacturers began to produce these hats out of cotton, which provided them with a lightweight and breathable design.

By the 1940s, custom bucket hats had become a popular accessory for men and women alike. Initially, they were worn by stars such as Humphrey Bogart in films like Casablanca, providing the hat with an air of sophistication and style.

What do bucket caps symbolize?

The hat’s olive cotton material, which often included camouflage patterns, enabled troops to blend in with their rural surroundings, according to CR Fashion Book.

In a short amount of time, it was immortalized in history as the uniform of the Cold War period and came to embody all that the American soldier stood for.

During its time as a staple of Mod fashion, bucket hats became to be associated with more than just fishermen and soldiers.

The genuine mainstreaming of bucket hats in the United States, however, may be attributed to Black culture.

The Black culture, particularly the hip-hop scene, popularized the bucket hat in the 1980s.

Album covers and music videos often featured the artist wearing a hat. In the ’80s and ’90s, bucket hats were popular among musicians like Big Hank, LL Cool J, Run DMC, and Jay-Z.

When they started wearing bucket hats, it became acceptable for everyone else to start doing so as well. They popularized the bucket hat as a daily headwear option.

It didn’t take long for high-end retailers to catch on to the popularity of bucket hats. By the turn of the millennium, several high-end designers, like Prada, were showcasing custom-made bucket hats at their runway shows.

In 2022, it’s hard to imagine a big fashion brand that hasn’t released its version of the bucket hat.

Today, custom bucket hats have become increasingly popular, with no signs of slowing down. They are now considered to be fashionable accessories and are available in several different styles and colors.

Custom bucket hats have become a symbol of self-expression and style, representing the wearer’s personality and individualism.

They are now seen as stylish and functional accessories for all occasions, from a day at the beach to an outdoor concert. It’s no wonder custom bucket hats have become an iconic part of contemporary fashion.

Reasons why you need a bucket hat

1) They are perfect for all season

Custom bucket hats are perfect for all seasons as they provide excellent protection from the sun in summer and keep your head warm in winter.

They are perfect for all kinds of outfits that you can think of and allow you to express your style uniquely.

Bucket hats have been around for a while, and their popularity has only grown in recent years.

What once was considered a casual, practical hat has now become a stylish accessory that can be worn for any occasion.

Custom bucket hats are perfect for all seasons as they provide excellent protection from the sun in summer and keep your head warm in winter.

They are perfect for all kinds of outfits that you can think of and allow you to express your style uniquely.

Bucket hats offer superior comfort as they are lightweight and breathable.

The custom bucket hat comes in a variety of shapes and sizes, so you can find the perfect one for your head shape.

The custom bucket hat also has an adjustable chin strap, making it even easier to adjust it to fit your head perfectly.

This ensures that you stay comfortable all day long no matter what activity you are doing.

Custom bucket hats are an excellent way to promote your business or brand.

Whether you customize a hat with your company logo, slogan, or any other custom design, custom bucket hats can be used as advertising tools that will get your brand noticed in the right places.

These customized hats make great promotional items and are sure to make your business stand out from the crowd.

Whether you’re a fashion enthusiast, outdoor adventurer, or just looking for a way to express yourself, custom bucket hats can provide you with the perfect combination of style and practicality.

Their versatility makes them ideal accessories that can be worn in any season and for any occasion.

They offer great value for money and come in a wide range of styles, colors, and designs to suit any budget or taste.

Custom bucket hats are also easy to care for, so you can enjoy them for years to come without having to invest in expensive maintenance or repairs.

Whether you’re looking for a stylish fashion statement or practical protection from the sun and cold weather, custom bucket hats are a great way to get the look you want without breaking the bank.

The custom hat manufacturer of your choice has a wide selection of custom bucket hats for you to choose from, so you’re sure to find the perfect hat that fits your needs, style, and budget.

If you are looking for fashionable and high-quality custom bucket hats, Zycaps Factory is the perfect solution for you.

With more than 20 years of experience in custom hat manufacturing, Zycaps Factory has established itself as a leader in custom hat production, offering an extensive range of custom bucket hats that are perfect for every occasion.

We are a reliable custom bucket caps manufacturer that offers premium materials and comes in a variety of styles, colors, and designs to meet all your custom needs.

Whether you need custom hats for a special occasion, an outdoor adventure, or just a fashion statement, Zycaps Factory can provide you with custom bucket hats that meet your needs and exceed your expectations.

No matter what look you’re going for, custom bucket hats are sure to make the perfect finishing touch for every outfit!

How Custom Beanie Can Help You Express Your Unique Brand?

Custom beanie are a great way to express your unique brand and stand out from the crowd.   Whether you're looking...

END_OF_DOCUMENT_TOKEN_TO_BE_REPLACED

Are you looking for a custom knit  beanie manufacturer to create the perfect beanie hat?   Working with a beanie...

END_OF_DOCUMENT_TOKEN_TO_BE_REPLACED

How to Choose a Quality Custom Bucket Hat Manufacturer?

Finding the right custom bucket hat manufacturer is essential if you want your hats to be of the highest quality....